ONLY ABOUT 30 SPACES LEFT AVAILABLE

The 2018 festival lineup brought  you a mix of styles of event and styles of music.

Friday evening 25th May at Hoxne Village Hall – “A night in Rick’s Cafe, Casablanca” with music by Max Middleton and his band with vocalist Jan Jinkerson. Max has played with a whole line of star artists including Jeff Beck, The Bee Gees, Kate Bush, Chris Rea and Peter Frampton. This will be a limited ticket period costume affair (e.g. DJs and cocktail dresses) with a light meal and dancing…we want to transport you to a different time. 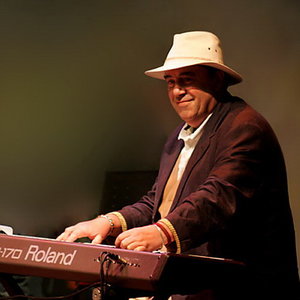 Catch their  new album “Something Wicked This Way Comes”

Sunday afternoon 27th May at 4pm – Hoxne Church – The Halseworth Community Choir. We invited you to come to listen to the Halesworth Community Choir as they took us on a musical journey through songs from near and far, helped along with a glass of wine and strawberry tarts.

Anyone interested in helping then please get in touch with the committee.

See What’s On Page for Details

Once every two years the beautiful and historic East Anglian village of Hoxne hosts a high quality and eclectic musical extravaganza. For three consecutive evenings on the Bank holiday weekend at the end of May there are concerts to suit a variety of tastes ranging from classical to jazz and rhythm and blues. In addition on the village green there is a free three hour Saturday afternoon event with local musicians and singers of all ages. The 2018 festival takes place on Friday May 25th, Saturday may 26th and Sunday may 27th.

Watch out for tickets going on sale and we usually sell out!

Hoxne Music Festival is a biennial event which aims to bring high quality musical events to all members of its rural community who normally have limited access to such performances for geographical and economic reasons.

Headline acts at the 2010 festival were Red Priest and King Pleasure and the Biscuit Boys.

In 2014 the festival featured the Mike Sanchez Rhythm & Blues and Rock & Roll band, the Marici Saxes, an all female saxophone quartet, and the six piece Amphion Consort playing music from the Elizabethan era on instruments from the period.

The 2016 festival featured a wide variety of folk and roots music bands, presented by the Waveney Valley Folk Collective, the Jive Aces and the Doric String Quartet.

The festivals are not commercially run to make a profit but community projects, organised by volunteers, and rely heavily on grant aid and support from local businesses and companies.

In 2017 we held a very successful 10th Anniversary Concert featuring The Three Chordetts and headlined by the Jive Aces. A great time was had by all. We have also held two successful fund raising quiz nights.

2018 Festival – Late May bank holiday  2018 we had three great events: An evening at Rick’s Cafe, Casablanca on Friday 25th May. The Vagaband supported by Paul McClure on Saturday 26th May and the Halesworth Community Choir on Sunday 27th May.

Thanks to everyone who came to see the acts and to support the Festival and that you to the Committee members who worked for hard to make it all happen.

May 18th 2019 – A Hot Night in Hoxne;  based around the classic movie of Some Like It Hot this will be a night of contemporary music and dancing. Black Tie and Cocktail Dresses. Enjoy a night out with an evening meal with friends and have fun.